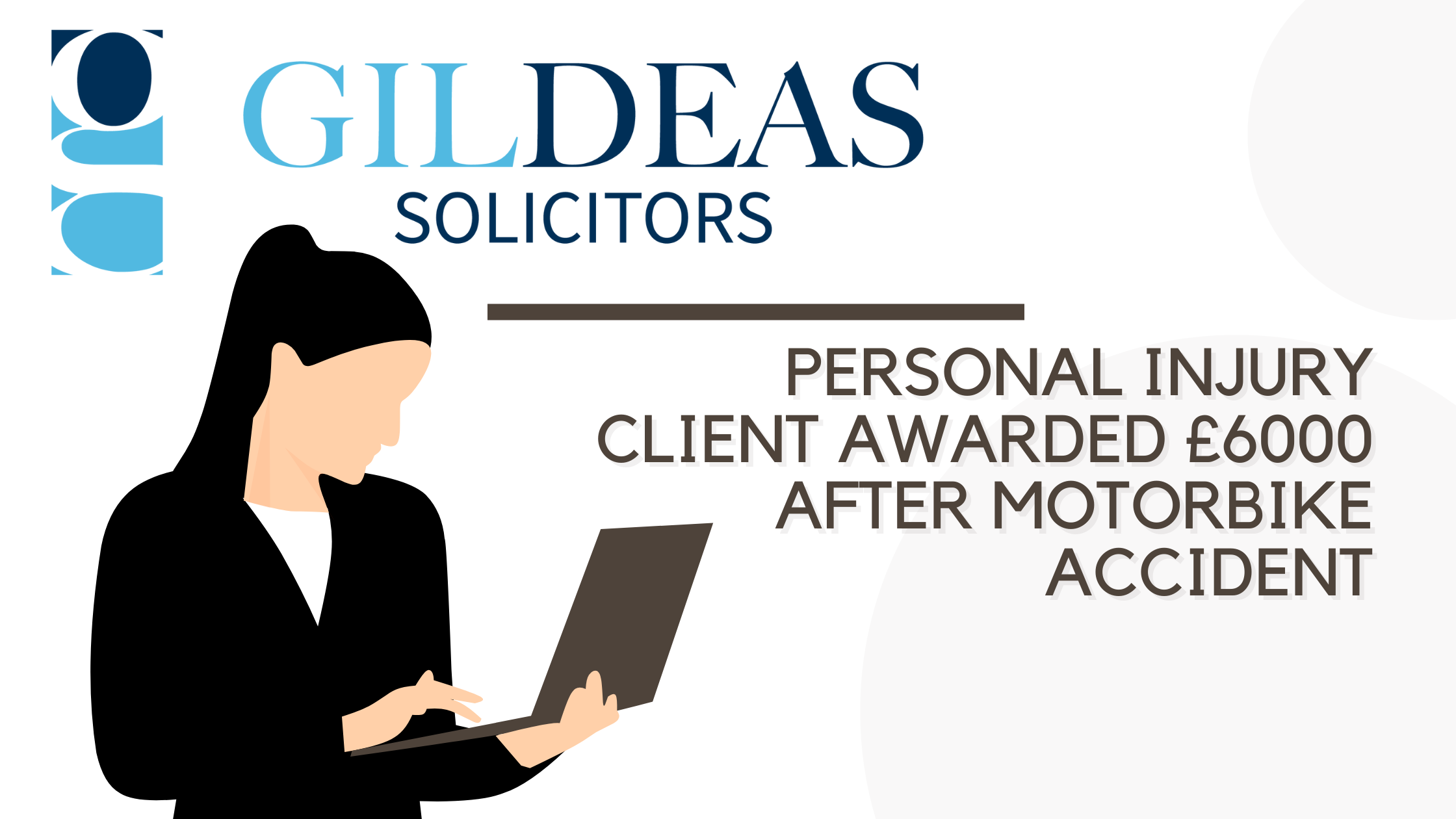 Do you know what to do if you’re involved in a motor accident that wasn’t your fault? We handle thousands of personal injury cases with the intent that our clients are justly compensated. Below we recap what happened to a previous client and how we were able to help with his claim.

On October 6th 2019 our client Kane was riding his motor vehicle when a car emerged from the road to his left. To avoid colliding at the junction Kane had to take evasive action which resulted in him falling from his bike and suffering a fractured left scapula (shoulder blade).

After the accident Kane attended his local hospital and had to take time off work because of the injury he sustained. Gildeas Solicitors’ Stephen Hay who was in charge of the case managed to add this as evidence of suffering inconvenience due to the accident (when attending medical appointments) so that he would be fairly compensated. Kane’s bike also saw damage beyond economic repair and had it assessed at a value of £850. Protective kit including jacket, trousers and the helmet were all also damaged in the accident and required replacing.

The car driver and her passenger said Kane had been in the wrong. They claimed he had overreacted when the car “edged” over the Give Way lines. The sheriff preferred Kane’s evidence that they had in fact pulled out into the path of his motorbike causing him to take evasive and as a result his bike fell from under him.

Gildeas Solicitors were able to obtain an award of over £6000 as settlement of Kane’s accident claim leading to a satisfied client who felt he was treated fairly and respectfully.

If you are looking for a professional and caring service after an accident, make sure to give Gildeas Solicitors a call, email or make an appointment and drop in to one of our offices in central Scotland.