The new campaign is to encourage horse riders and driver to use the roads safely, and will see plainclothes police officers from the mounted branch patrolling a number of areas, particularly on the outskirts of large towns and cities, and recording incidents of bad driving on camera.

Since 2010, two riders and 10 horses have been killed in accidents on Scotland’s roads.

The British Horse Society, which collated the figures, also report that 50 riders and 43 horses were injured.

Drivers will be stopped and educated in the hazards of passing horses incorrectly before an enforcement phase is introduced in November.

Insp Janet Dickie, from Police Scotland, said those behind the wheel should give horses and their riders as much room as possible and that all horse riders make sure they are as visible as possible, particularly as the days shorten, by wearing high-visibility clothing, using lights and giving clear signals.” 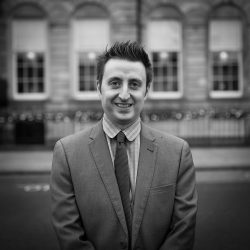 Colin Ferguson, Director at Gildeas said: “ Gildeas act for a large number of clients who have sadly sustained injuries as a result of road traffic accidents across Scotland. Although not the most common type of accident, these incidents can on occasion involve horses on the road, as well as vehicles.

“We therefore welcome these measures which should reduce the number of accidents on our roads and the risk of injury or harm being suffered to both occupants of vehicles and riders of horses alike.”